Full Name
Rich Groves
Job Title
Director of Security Research
Company
A10 Networks
Speaker Bio
Rich Groves is the director of research and development at A10 Networks and the principal architect of the company’s DDoS mitigation platform, the Thunder® Threat Protection System (TSP). His primary focus for the past 20 years has been large-scale security and network monitoring. 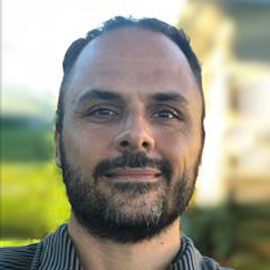